Skip to content
Connect with Us:
Home » International Activities » Qatar
Posted on February 11, 2017February 15, 2017 by

In March 2008, Patti Clifford MSN, RNC Clinical Nurse Specialist and Jackie Evans, MD Medical Director of Children�s Hospital of Philadelphia Intensive Care Nursery and myself had the great opportunity to introduce the S.T.A.B.L.E Program and the Cardiac Module to physicians and nurses in Doha Qatar. The S.T.A.B.L.E. program was held as a pre-conference day at the International Neonatal Cardio-Respiratory Symposium presented by the Hamad Medical Corporation 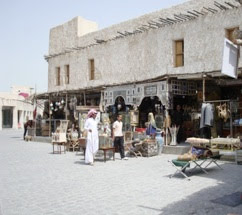 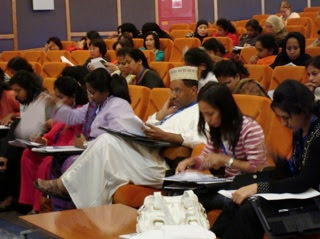 Qatar (pronounced KAH-ter) occupies a small peninsula that extends into the Persian Gulf from the east side of the Arabian Peninsula. Saudi Arabia is to the west and the United Arab Emirates to the south.

Qatar is largely barren, flat desert. Water is scarce, and agriculture is minimal. Once a nomadic society, Qatar now has little rural population. Doha, the main urban
center, is on the eastern coast of the peninsula. 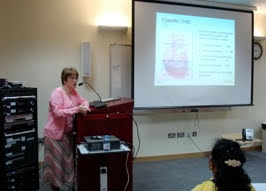 About 40% of the inhabitants are Sunni Arabs of the Wahhabi sect of Islam. There are Christian and other minorities. Other ethnicities include South Asians, Iranians, and Palestinians. Less than one fifth of the population is native Qataris; most of the nursing staff working in the intensive care nursery is from the Philippines and India. Arabic is the official language, although English is widely used. 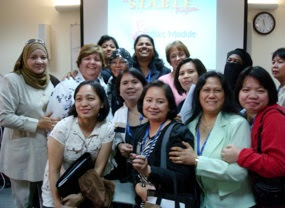 Materials donated by The S.T.A.B.L.E. Program: